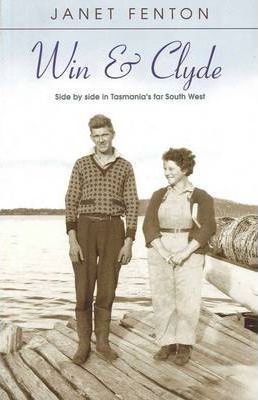 Side by side in Tasmania’s far South West

Win and Clyde Clayton’s personalities were as opposite as their passions, and yet they made a fine partnership, and a home, in a rugged and roadless corner of Tasmania – the far South West. They worked their fishing boat together, weathering life-threatening storms on a coast notorious for its treacherous weather, a coast that Clyde had fished since he was fourteen. Between forays away at sea, Win created a home and garden in the wilderness. She was no stranger to isolation having worked with her father, Charlie, and brother Deny King, on the South West tin fields.

Deny King’s daughter, Janet Fenton, recounts Win and Clyde’s adventures with zest, describing a way of life and connection with a landscape from first-hand experience.