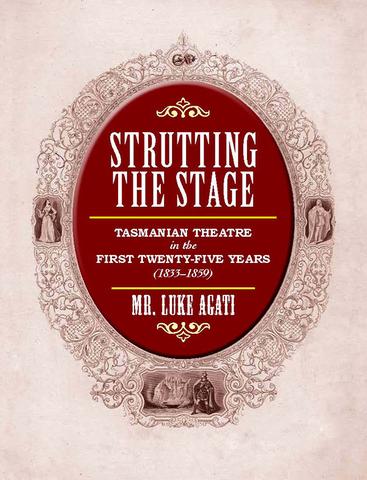 “European theatre arrived in Tasmania when free settlers began arriving in large numbers to take up land grants offered by the home government to populate the newest and farthest outpost in the British Empire.

Although the island was initially developed from the sweat of convict labour, many of whom attempted to escape life’s daily misery, free settlers on the other hand, be it tradesmen, shopkeepers or labourers, usually attended the theatre to escape the seriousness of life’s daily toil. As one paper put it, the theatre was there to provide an ‘innocent amusement … as a respite from the labours of the day’.

The development of theatre in Tasmania in the first twenty-five years was marked by uncertainness and instability primarily caused by a number of social issues brought on from an emerging middle-class. Adding to the debacle colonial theatre in Van Diemen’s Land was also put marked by the usual customary disorder so evident with theatrical audiences in Georgian Britain. Drunkenness, prostitution and brawls among many other social iniquities were just some facets of the colourful history surrounding the foundation of theatre in Tasmania”.