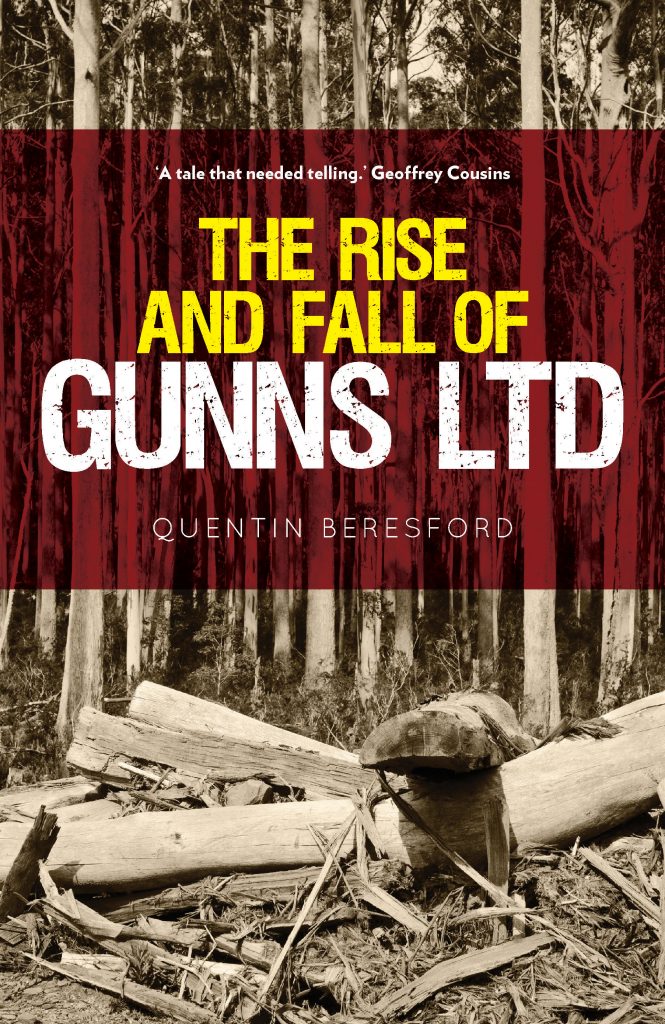 “The story of Australia’s most controversial forestry giant, the corruption that gave it power, the environmental activists who fought it, and the forces that brought it down.

At its peak, Gunns Ltd was worth $1 billion. It was the largest private employer and landowner in Tasmania. Its profits came from woodchipping and a controversial managed investments scheme, and a pulp mill in Tasmania’s Tamar Valley was central to its expansion plans. When Gunns collapsed in 2012 it was a major national news story – as was the conviction of John Gray, its CEO, for insider trading.

Quentin Beresford illuminates here for the first time the dark corners of the Gunns empire. He shows it embedded in a corrupt system of power supported by both major parties at state and federal levels, and by business and unions. Simmering opposition to Gunns and all it stood for ramped up into an environmental campaign not seen since the franklin Dam protests.

Fearless and forensic, this book exposes not only the collapse of Gunns but everything it stood for in its quest to industrialise nature”.