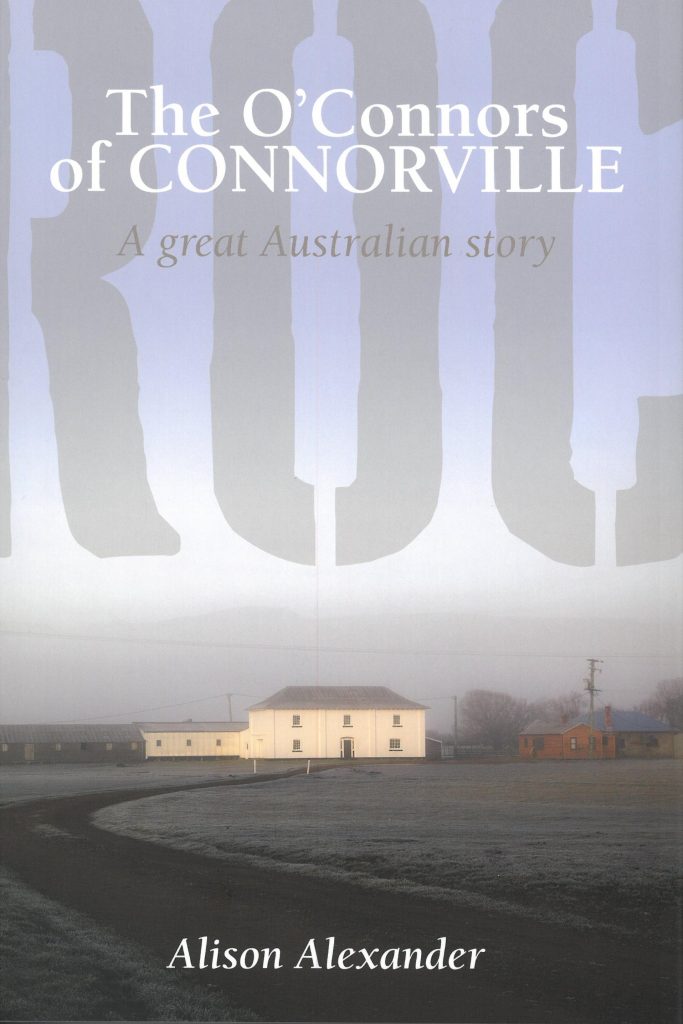 “Roderic O’Connor was a man to be reckoned with. He arrived in Van Diemen’s Land from Ireland in 1824, armed with little more than a steely determination to succeed. With his young sons, he set about amassing property and founding a family dynasty that continues today, with the sixth generation still farming at Connorville. The O’Connors were pioneers of the fine wool industry which made Tasmania famous. O’Connor wool bales, with their distinctive ROC branding, have broken world record prices for superfine wool.

But this is not just a story of working the land. Impressed with Roderic O’Connor’s ability to get things done – and his incorruptibility, a rare thing in the early days of the colony – Governor Arthur appointed him as a Land Commissioner, and later as Inspector of Roads and Bridges. In these roles he left his mark on the young colony. Anyone with an interest in early Tasmanian history will find much to discover in the story of this man’s life.”