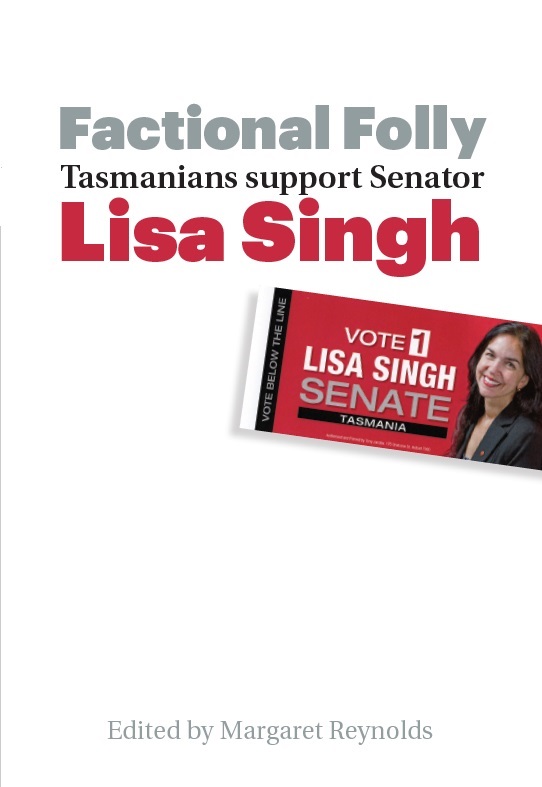 “Factional Folly tells the story of how Tasmanian Senator Lisa Singh was dumped to No 6 position on the Australian Labor Party ticket at the 2016 federal election. Tasmanians ignored the party listing and made their own choice by voting below the line.

Not only did this give Lisa a winning margin of 20,704 personal votes; it also ensured that five Labor Senators were elected, while all other states could only elect three.

This book examines the role of party factions in pre-selection decision, as well as the ground-breaking Re-elect Lisa Singh Campaign, which encouraged voters to use their own judgement at the polls. It includes analyses of the fine detail of the 2016 election outcome, as well as a close look at the comments fielded from the electorate and media coverage. Along with seasoned political commentators, historian Professor Henry Reynolds provides an overview.

This is a time publication in the leadup to the 2019 federal election. Despite the obvious popularity of Lisa Singh, she has once again been placed at the bottom of the ALP ticket.