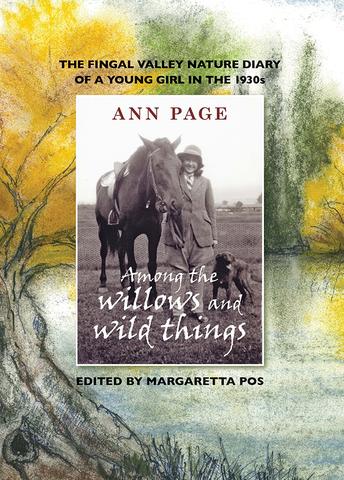 Ann Page grew up in Frodsley, a rural property in the Fingal Valley in Tasmania’s north-east. From 1931 to 1936, Ann wrote a Nature Diary, a detailed account of what she observed when riding in the bush, rowing on the Break O’Day River or going for long walks. The majestic Ben Lomond rises to the west of the valley and it was the anchor of Ann’s world.

In all weathers, the mountain has a palpable presence in her diary, along with her vivid record of the native trees and wildflowers, birds and animals that are found in one of Tasmania’s most beautiful valleys. Ann’s immersion in the landscape was such that from her earliest years she felt that she was herself a part of the bush. As a perceptive teeanger, she recorded her dismay at the impact of land clearing on wildlife and her diaries are a reminder of what can be lost.

After decades shut in a suitcase, Margaretta Pos has brought the three volumes of her mother’s beautifully written Nature Diary into the light.