Web sales for this event have now closed. Tickets can be purchased at the bookshop counter.

He’s finally met The One … and she’s dating his brother.

Ant Murphy has spent his life picking up after his AFL star brother. So when he gets a phone call telling him that Jed has ended up in hospital after a drink-driving incident, he’s far from surprised. He’s not even shocked by Jed’s manager’s wild scheme to have him spend the next six weeks living in the country with a girlfriend Ant didn’t even know about. All par for the course in his brother’s crazy life.

In fact, Ant isn’t thrown by anything … until he turns up at the new girlfriend’s farmhouse and discovers that he already knows her. Intimately.

Frankie Fox has dealt with a lot over the last few weeks. She’s turned thirty, lost her roof in a storm, been ghosted by someone she thought could be The One, and is now somehow dating her longstanding celebrity crush, THE Jed Murphy. But none of these comes close to the blow of having the guy who ghosted her turn up on her doorstep after weeks of silence … and for him to turn out to be Jed’s brother.

With a secret she’s forbidden from revealing, growing feelings for her boyfriend’s brother, two Murphys living in her home and her future happiness on the line, Frankie must ask the most important question of all: is all this trouble really worth a new roof?

Inspired by While You Were Sleeping, this rural romantic comedy asks what happens when The One isn’t quite who you expected …

Eva will be joined in conversation by Karen Brooks, author of The Good Wife of Bath.

Join Eva and Karen in the Afterword Café.

You can purchase tickets below. 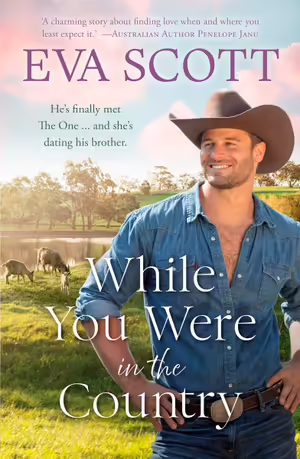 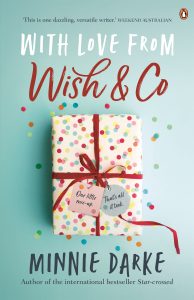 SOLD OUT With Love from Wish & Co. — Soiree Event

121 Harrington Street, Hobart Minnie Darke admits it … she’s a shameless thief. Her most… 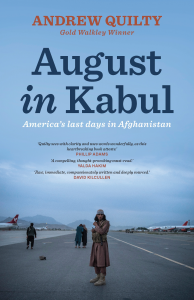 SOLD OUT August in Kabul 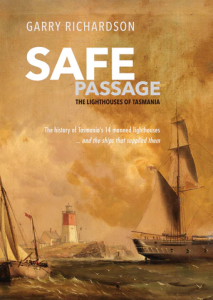