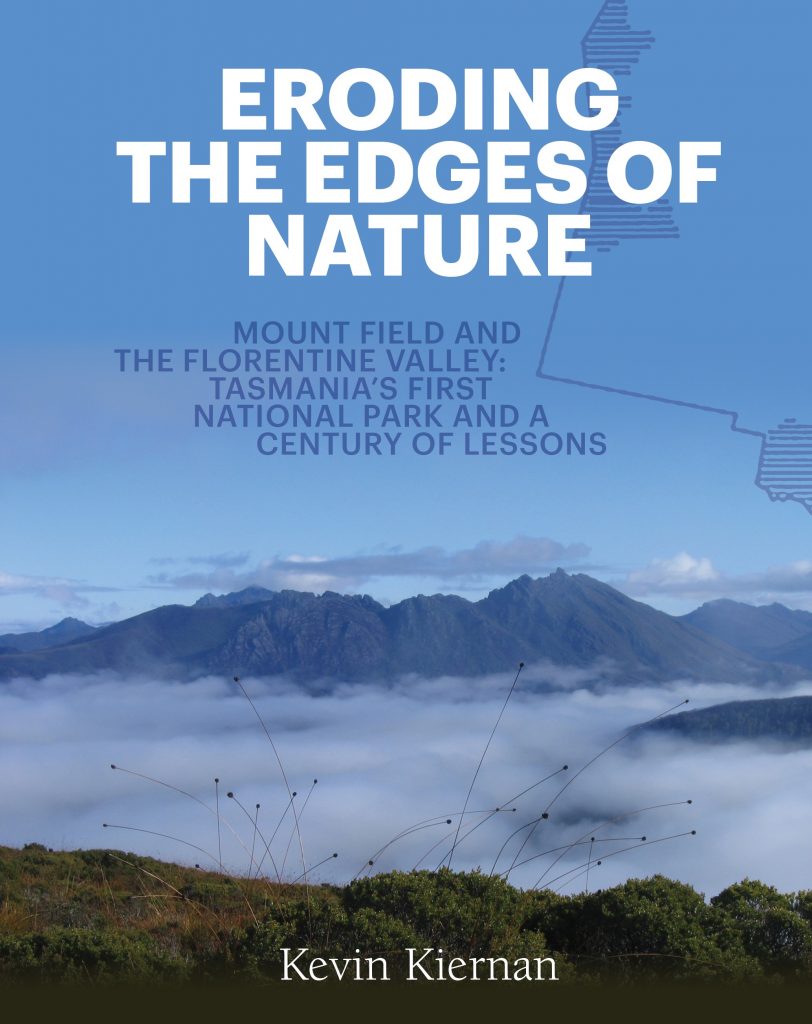 This book traces the troubled history of the Mount Field National Park and the adjoining Florentine Valley. In doing so it charts the beginning and ongoing history of the conservation movement, significant not just for Australia but also on the world stage.

The story is told by an insider in more ways than one. As a self-described ‘placard waver’, author Kevin Kiernan was a key participant in the evolution of Tasmania’s conservation movement, starting with the campaign to save Lake Pedder from flooding in the 1970s. He writes about many Tasmanian campaigns from his own experience, describing the people, the places, the tactics.

On the other side of the debate, Kiernan spent much of his professional life as a geomorphologist documenting the geodiversity of the Tasmanian landscape, including many years working inside the Tasmanian forest industry, to better inform the decisions being made by successive governments in the conflict between preservation and exploitation. He uses his knowledge to include in this book a fascinating and wide-ranging natural history of the area.

And as an astute observer of the machinations of government decision-making, Kiernan documents what he calls ‘The Tasmanian Way’- the old boys network that has scorned any divergent opinion.

The significance of this book extends beyond the shores of Tasmania. It offers a century of lessons in how to preserve Nature in the face of relentless pressure for commercial exploitation and unrestrained tourism.